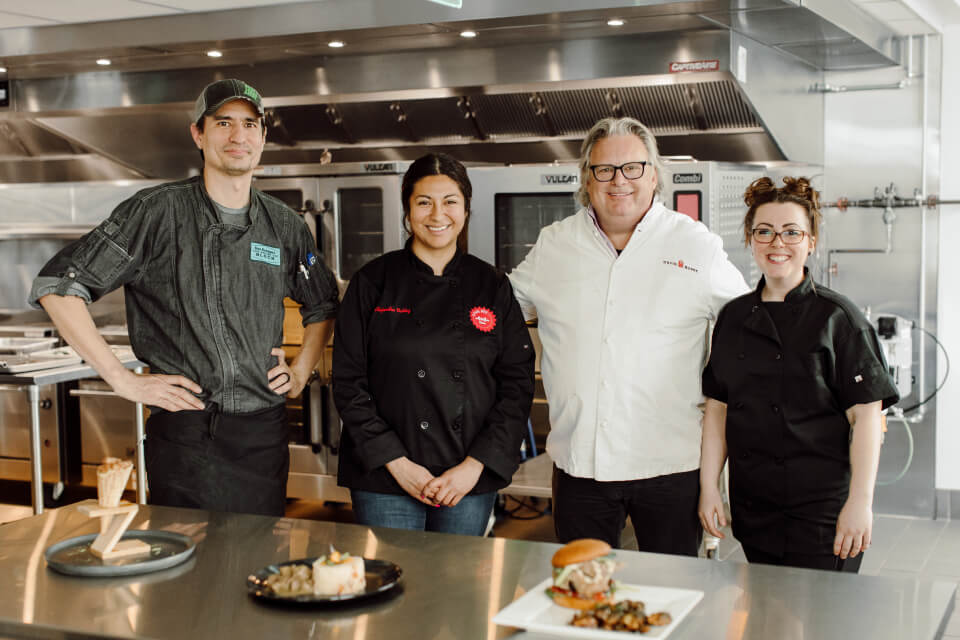 Last month, we had the honor of hosting internationally acclaimed Chef David Burke at Kitchen Council. Chef Burke is owner of countless restaurants and best known for his appearances on cooking shows including Top Chef Masters. Three members had the opportunity to create an innovative dish, present that plate to Chef Burke in an intimate setting and battle for most delicious creation.

Chef David Burke is acknowledged as a leading pioneer in American cooking. Burke, a New Jersey native, is also recognized internationally for his revolutionary techniques, exceptional skills, successful restaurant empire and his many TV appearances. In the parlance of today’s celebrity driven culture, he is a rock star of the culinary world. 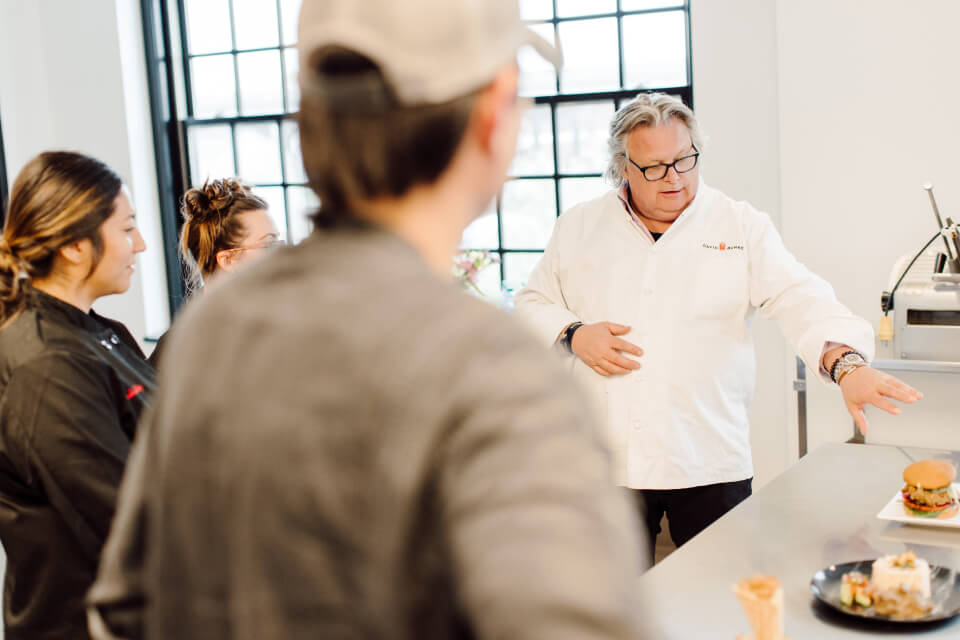 During his visit to Council Bluffs, Chef Burke’s larger-than-life presence and wit had everyone on pins and needles in anticipation. The three brave entrepreneurs who accepted the challenge included Stacie Van Cleave of Veg.Edible, Dan Benigno of Chef Around the Block and Alejandra Valdez of Viva Fit Kitchen. 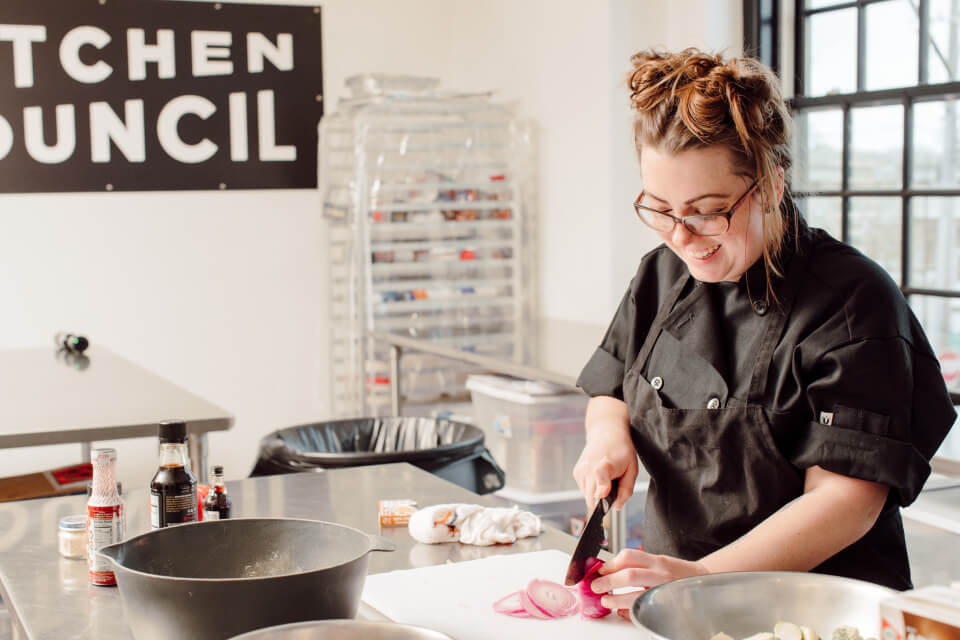 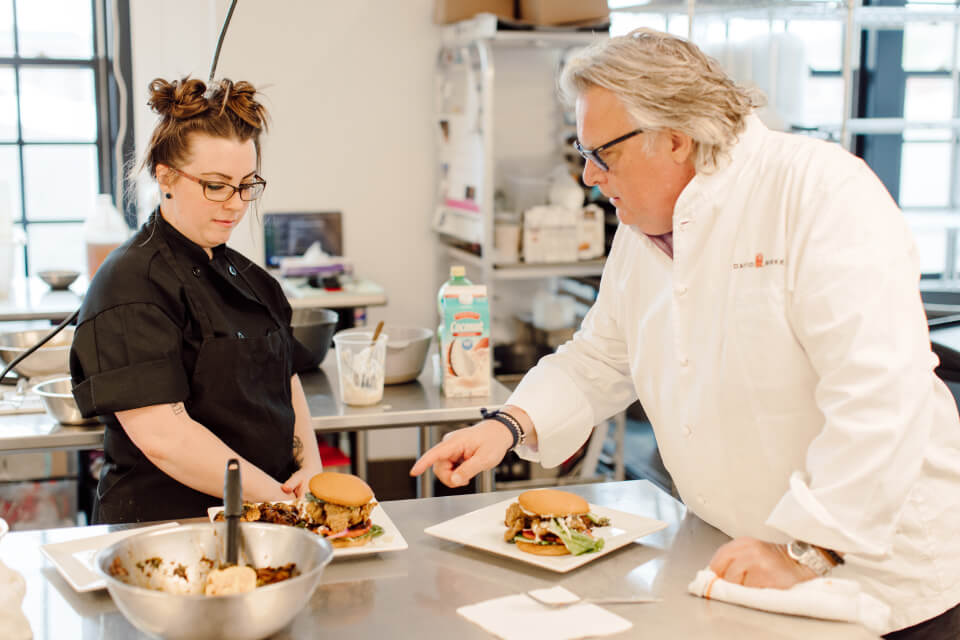 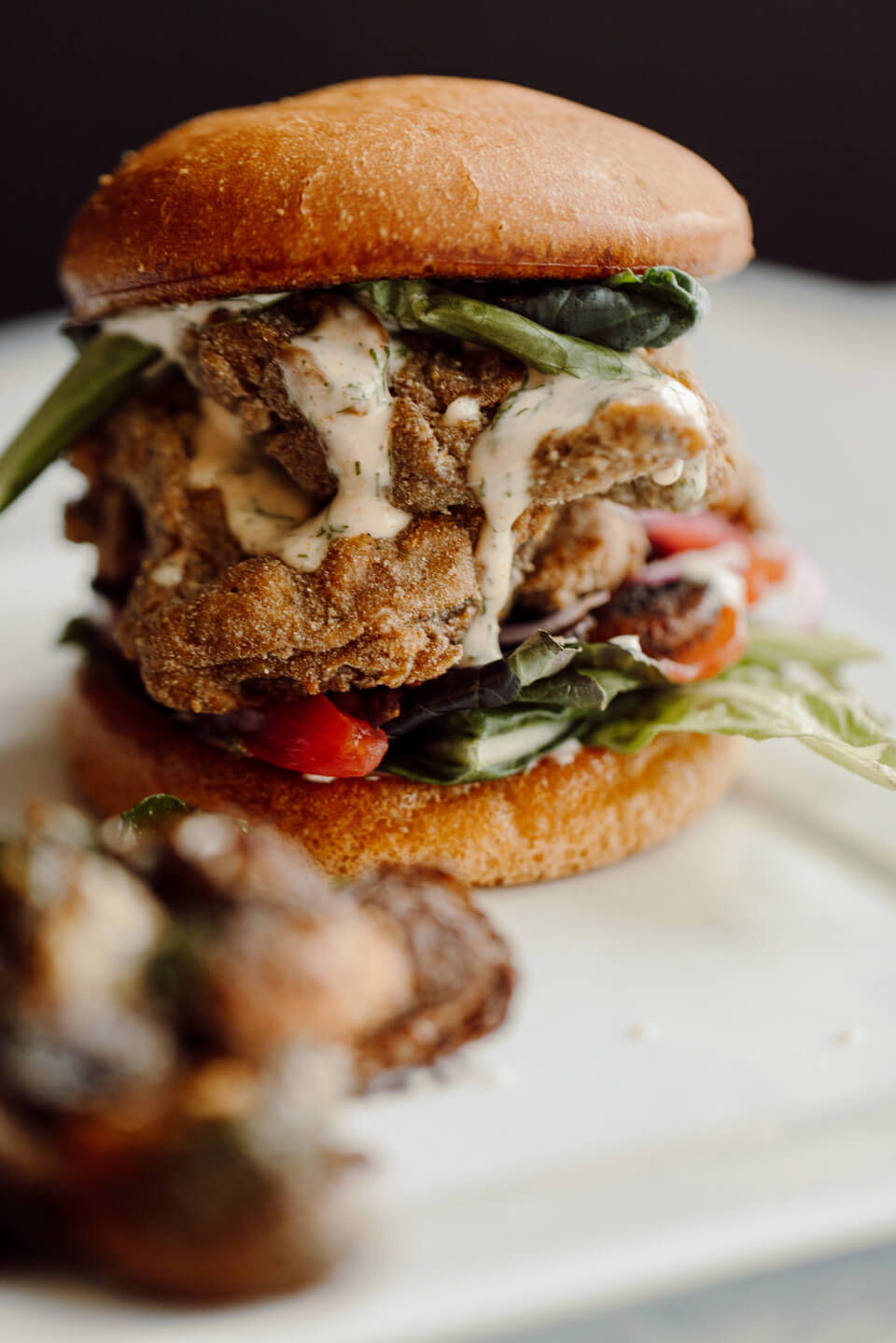 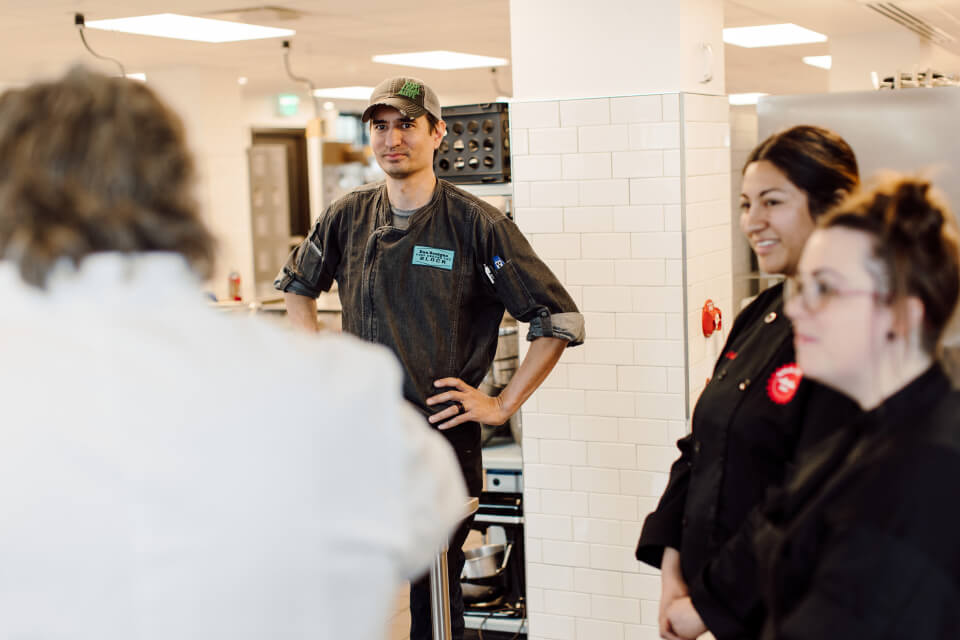 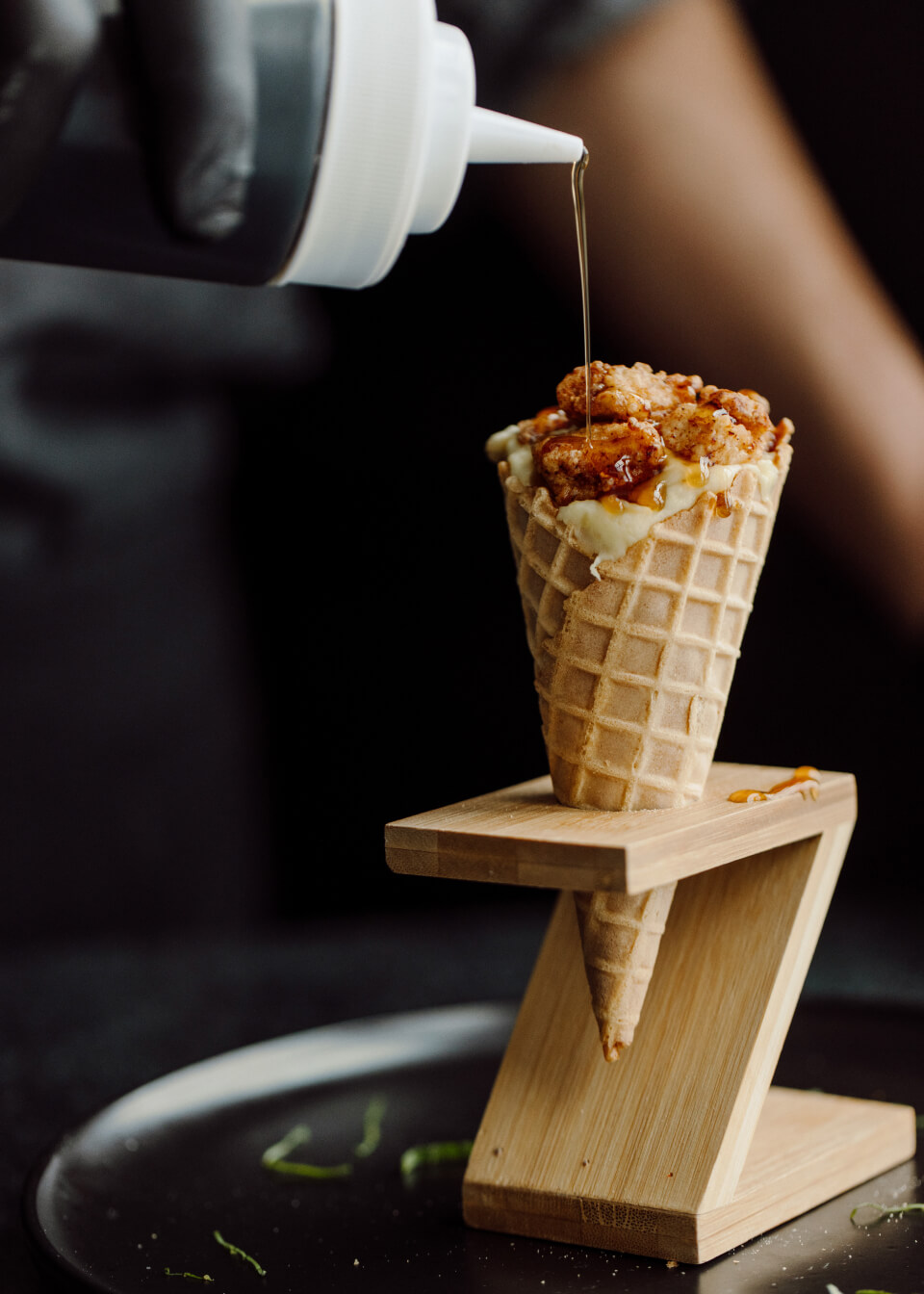 Next up was Chef Around the Block who presented his famous twist on the chicken and waffle. Dan used an original recipe for his popcorn chicken, roasted garlic mashed potatoes in a waffle cone drizzled with maple syrup. Chef Burke was most impressed with Dan’s famous mashed potato and creative presentation. 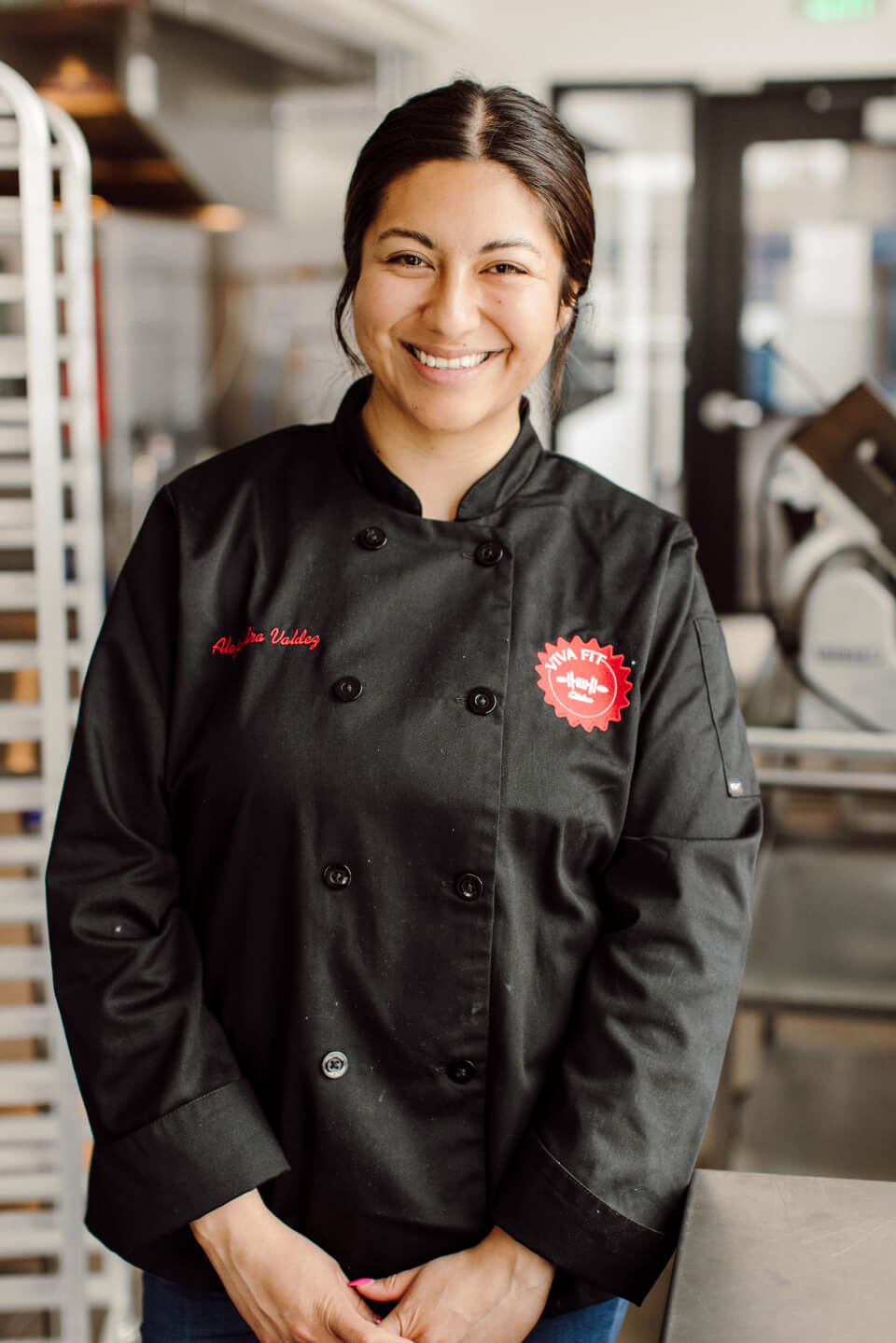 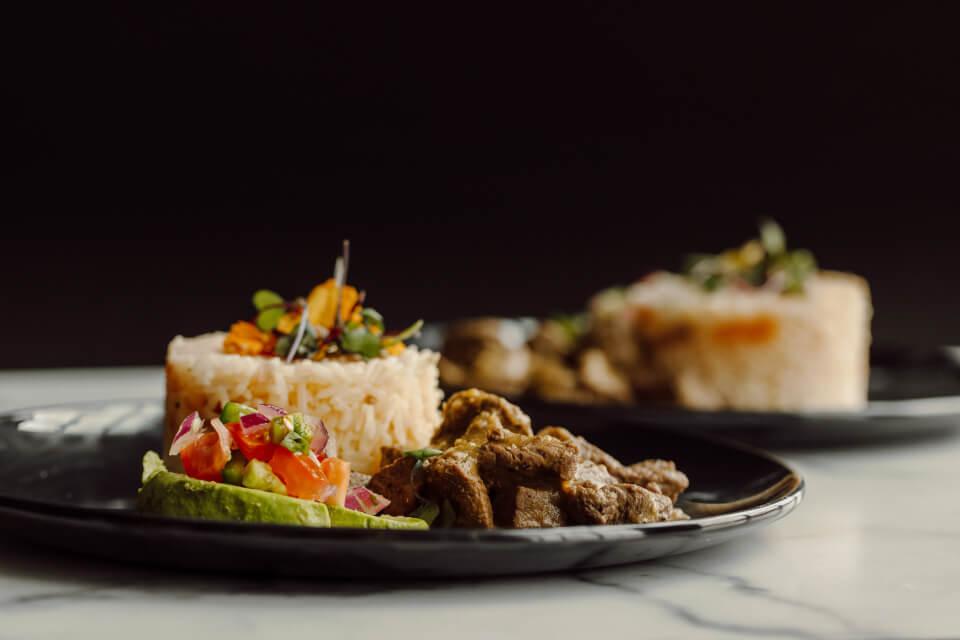 Lastly, Viva Fit Kitchen leaned into her Mexican roots and went more traditional but this did not lack in taste or color. Alejandra featured a lean sirloin sautéed in a homemade tomatillo sauce paired with rice and topped with pico. Chef Burke revealed he’s a “rice guy” and proceeded to compliment the heritage behind the dish along with its vibrancy and flavor. He went back for seconds.

Chef Burke certainly struggled in making a final decision as he carefully deliberated. Despite Chef Burke being known for his elaborate meat dishes, he chose the vegan chef! Congratulations to Stacie with Veg.Edible! 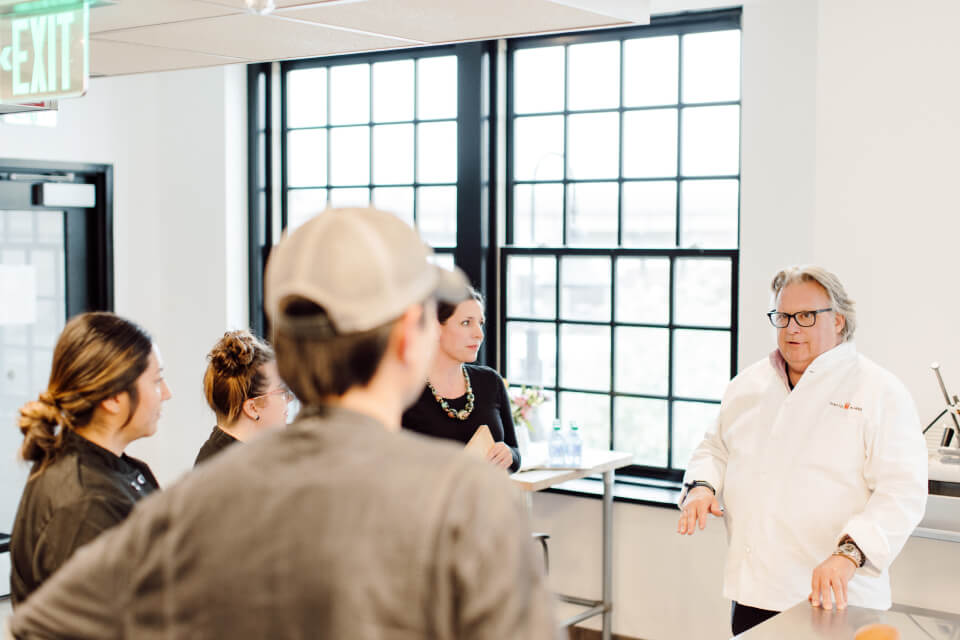 We appreciated Chef Burke’s willingness to play along in our own version of Top Chef. Kudos to the three members who braved the culinary stage. Chef Burke shared about his rise to the top and humble beginnings. Everyone knows that food entrepreneurship is tough and not always lucrative to begin with. A bit of grit, however, paired with a little risk taking and some humor can go a long way. Chef Burke, you’re welcomed back anytime. 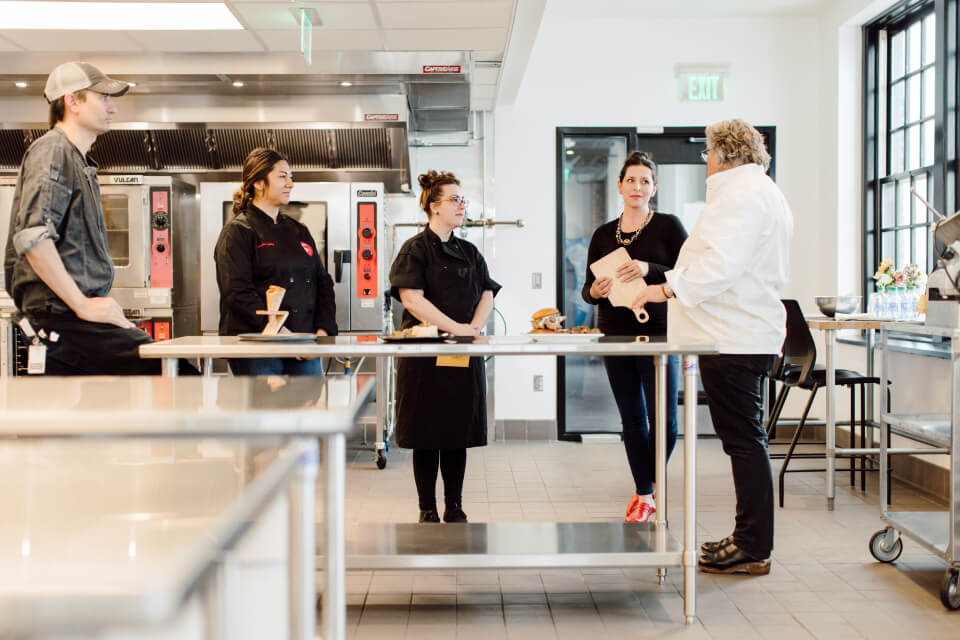